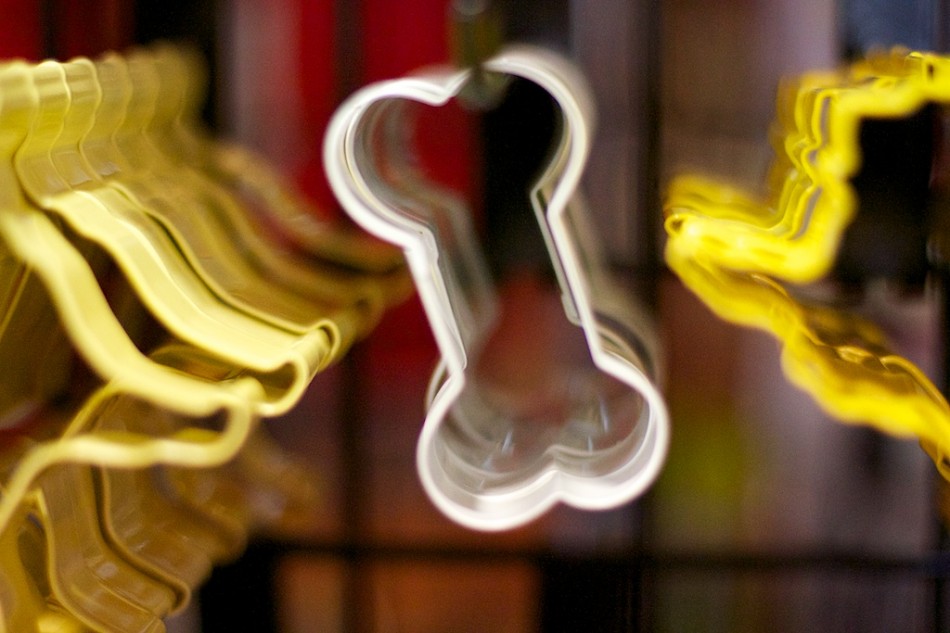 There are times when I am in a place, in a space, when my gut instinct says, “there is an interesting photo here” even if I do not know exactly what it is. Usually it is vivid or interesting light, as was partly the case here,

This photo is from a store in Flagstaff Arizona that sells kitchen stuff. I was sightseeing with my sister, and she wanted to check out the store. I had not much interest in shopping (though I admit I bought a fancy apple coring knife), but this rack of colorful cookie cutters. The afternoon light was shining on it through the store windows, and I felt my photo radar go up.

Other elements that I was noticing was the repeating of shape, and it looked even in person a bit surreal. By going to an open aperture (f/1.4) I thought I would get an interesting effect. It does! In a way it looks a little like a computer generated image. It might have been better to hold the focus better on the front cookie cutter, especially at such ope apertures. I should have done a manual focus.

I am not claiming I have a magic power to pre-visualize a great photo, but I do have this sensation that I know now to listen to and take photos when I hear it calling.

Listen to the place.