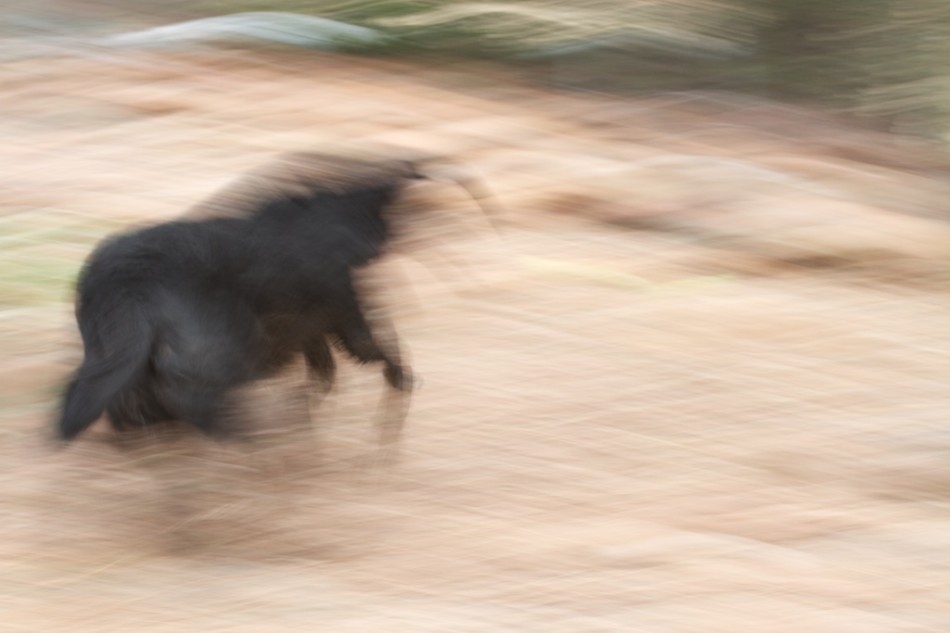 Sometimes I do not get what I intended in a photograph, and end up trashing them. In this case, I got something different, but better.

This was a series where I was attempting to get a panning photo of something in motion, where you use a relatively slow shutter speed, and move the camera at the speed of an object in motion. It’s a 1/8 of a second shutter speed at f/11 if you wanted to know the numbers.

So Gunner, a dog I was taking care of for a friend, was happy to continually chase a ball, So I would toss with my left hand, like a hook shot, and get him to run past me to the right. I never did quite get the panning shot, but the slow shutter speed here got a motion effect that looks more painting than photograph. Note the wavy lines of texture, as my motion apparently was not quite horizontal.

I might not be able to replicate this if I tried!