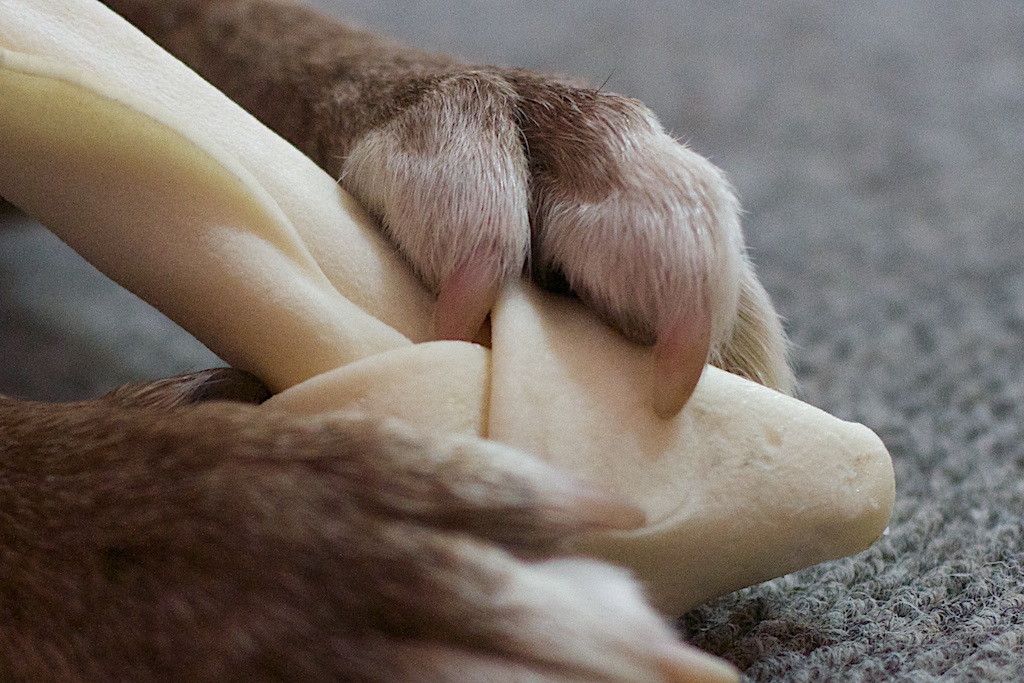 For anyone following my photostream in flickr, it is hard to ignore the presence of my adopted dog, Felix. I’ve got 420 tagged photos of him in 6 months!

There was really good light from the window on him yesterday as he focused on his chores of chewing bones. Often he stops what he is doing when I get down on the floor with the camera, but he kept at it. I took 7 or 8 photos and kept/posted 3, a pretty good shot showing his expression well– this was my “photo of the day”: 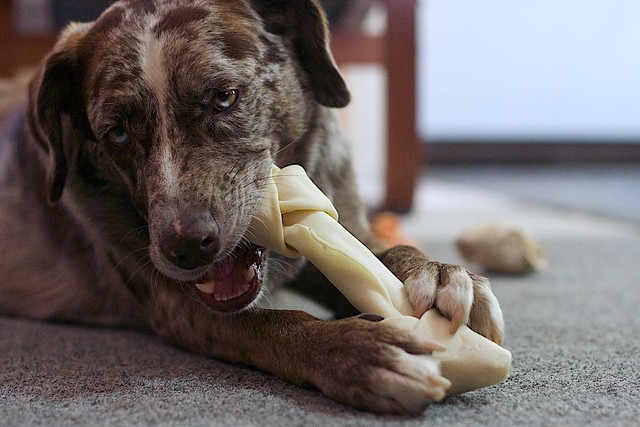 And then there was one a bit closer in: 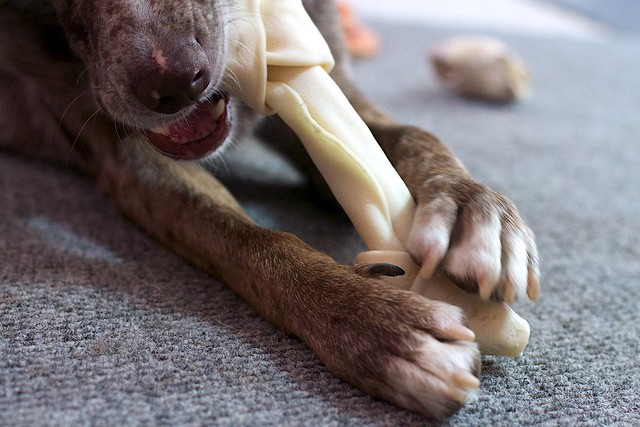 and even more, the photo above. I did really like it too, and it could have been my pick. I deliberately locked the focus on the back paw. Maybe it would be better with more focus on the front, but I think not. I am shooting at 4000 ISO because of low indoor light.

Here is the original image, you can see it was cropped in a fair bit, to focus on the paws. 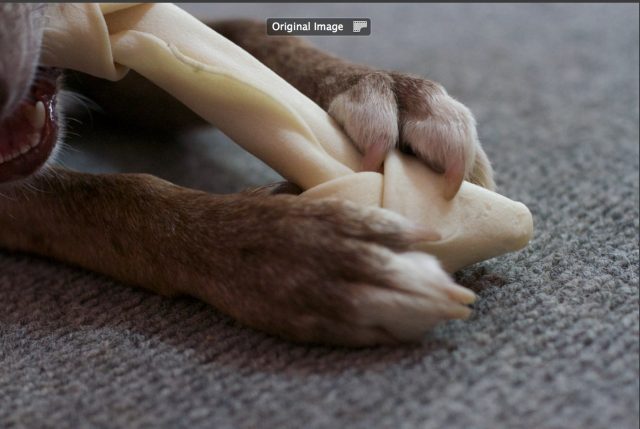 I cross posted it to Instagram, and it got a decent 20 likes and 1 comment (thanks Sandy!). Nothing spectacular.

Right before falling asleep, I checked the phone. Yes, I do that. In bed.

Now that could be one of those times when a certain friend (think of a twitter/flickr name related to the holiday at the end of October) goes in and mass likes a lot of photos at once. But the notification was full of flickr names I did not recognize…

Yup, the photo was flickr explored as one of the 15 comments was notification it was added to the in explore group. 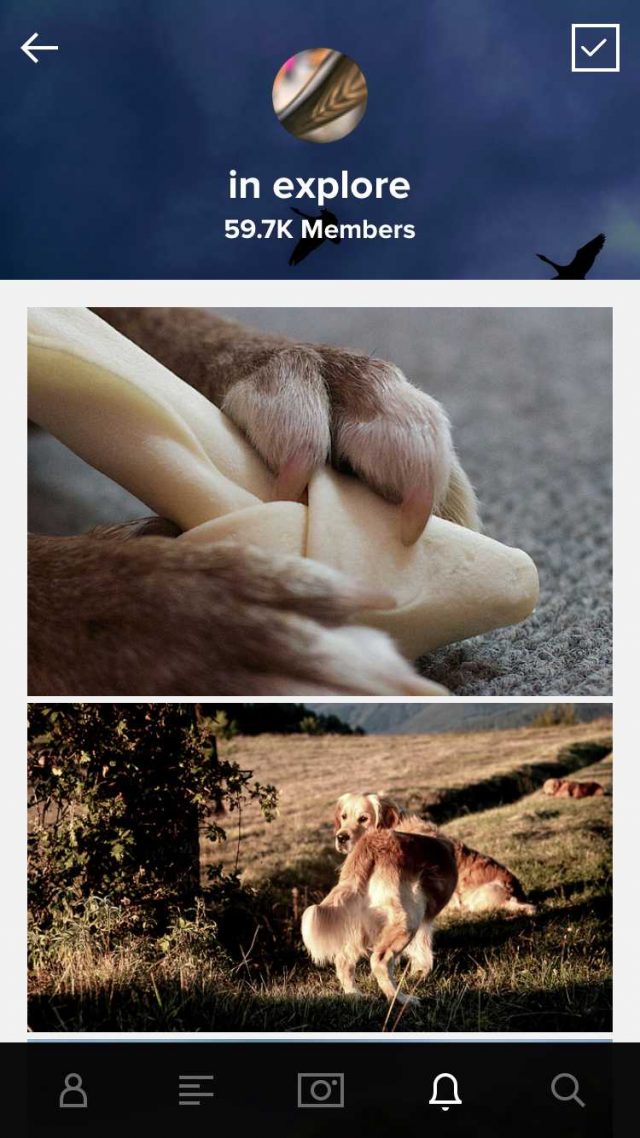 While Felix and I were walking today, and thinking about this (well I do not know what he was thinking)– it occurred to me that getting a photo selected for explore in flickr was a bit like getting a MacArthur Fellowship (well except for the lack of the $625,000).

Well maybe the parallels are not quite there. But it made for an interesting dog walk.

And again when we got to the mailbox, there was no letter from the MacArthur folks.

But we did get explore, and that is darn good to me.