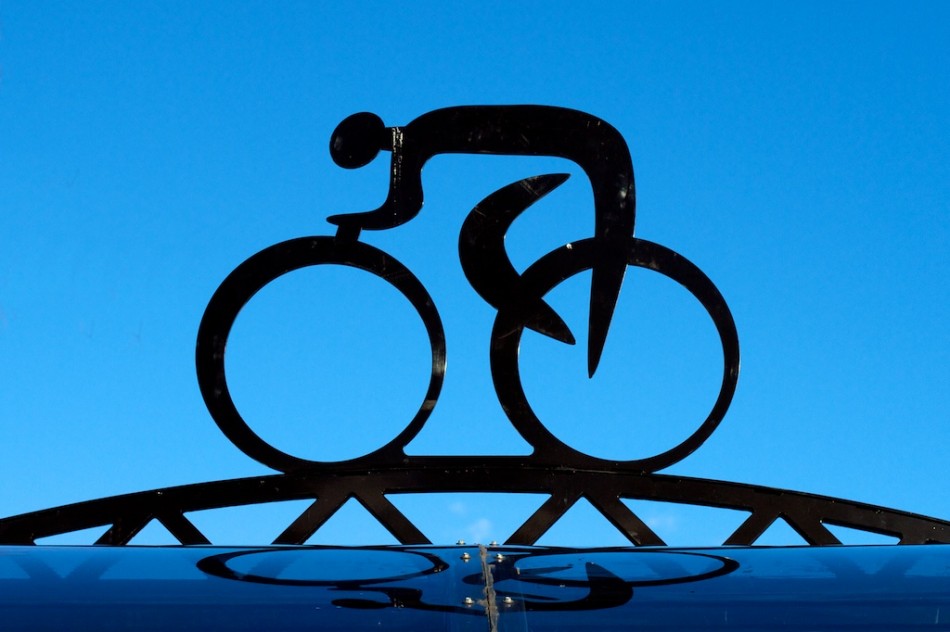 This bot of metal sculpture sits atop a bicycle shelter on the campus of Thompson Rivers University, in Kamloops, British Columbia. I’ve noticed in numerous times since I arrived here three months ago. It has a stylish shape.

On this clear day, in mid afternoon, the light was super contrasty strong. I thought that it would look good against the solid blue sky, but was not sure I could get an angle that had the sky filled with buildings and trees near by. I might have done to brush out the two small white blemishes in the metal.

There actually was a little bit of tree detail in the upper left that I clone brushed out in Aperture, and I cropped it a tad to center it up. It was not until I was editing that I saw the reflection of the bicycle shape on the roof of the building.

While fully centered, it works (to me) as a composition. I knew I liked it a lot as soon as I saw it in my editor, and was easily my pick for my daily photo.

It was a really nice bonus that the photo on flickr was selected to be In Explored: 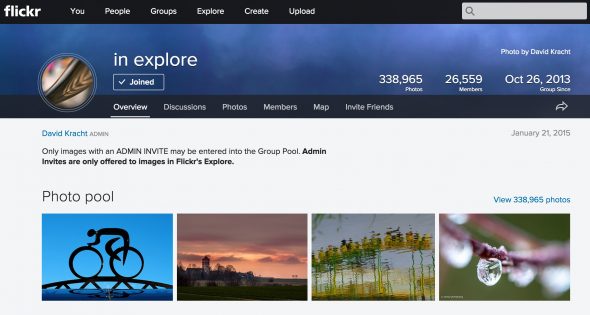 This makes the fifteenth photo I’ve had picked; and tonight I found the Scout Tool from BugHugLabs (it works through the flickr API) that not only lets you see which photos have been picked for Explored, but also lets you generate a poster:

I don’t play the games that people do to get explored, it’s not a goal… but it does feel pretty good considering the quality of photos in there. If you ever need some inspiration, just take a few scrolls through the pool.

The best reward is taking photos that you feel proud of and enjoy yourself.

Everything else is teriary.