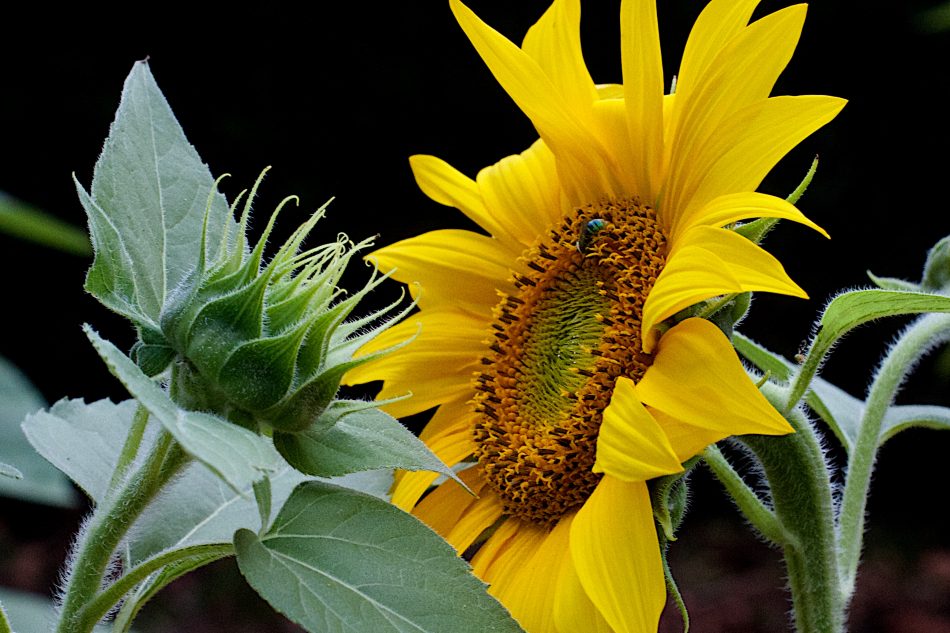 The magic of photos chosen for flickr’s featured explore photos is the mystery of the process. Yes people want lists of tips to game the system (this story of what is called the most popular photo on flickr is worth a read).

I’ve had luck in getting a few photos picked, 3 this year In Explore, yet they were not ones I would have chosen myself. It’s not about fancy equipment; this one made it and was taken with an iPhone But the photo I got of the sunflowers touching may be one of my all time favorites. The funny thing was went I went out in the early evening to look for photos in my yard, the light was not really “magical hour” is was a bit cloudy and seemed flat. But I saw that there was a sunflower bush on the side of my house where one new bud was actually leaning into the face of another fully open flower.

Even if the light is not great, my hunch was the composition would make up for it. Often when this happens the caption pops into my mind before I click the shutter, thought my pre-caption was something about an embrace, the wind was blowing and the flowers kept pushing gently together.

When I reviewed the photo on my computer at night, it had much more pop than I remember seeing with my eye. That camera sensor sees the world differently than me.

There were about 6 versions, one was out of focus, one was not framed well. I cropped this one a bit to remove some distracting details on the left, and just to fill the screen with both flowers. I really like cropping to leave details off the edge; many starting photographers try to get everything in the frame, but the intensity lessens IMHO with space around your subjects. Try it with portraits when you crop and image at the forehead and/or chin. Someone can likely explain the why, but you do not need to get everything in the picture to make a good picture. The human brain is good at filling in what is not shown.

I also did something deliberately when taking the photo that helps; behind the flower is a fence and a thick heavy bush that is much darker than my subject. By getting myself lower, I filled the background with a dark fill that was present in the scene. This was something I learned from Don Henderson and/or Bill Frakes long ago in an NMC photography workshop. You often think solely about the subject, but if you frame it against a dark background, expose for the subject, you can get the background to drop out completely to black.

This one was close but not completely black, but adjust the black tones in the histogram, I effectively made it almost a solid black. This in turns makes the bright yellows and greens pop out even more.

I was shooting at 1600 fairly high ISO, but actually not really high for the Canon 7D. Doing this let me go to a higher (smaller hole) aperture, f/9.0. I cannot seem to find the link in your blog Tom Woodward, but I remember a post there suggesting to use the higher aperture numbers for macro photos, to get the most detail possible. When you are taking a photo of a leaf on the ground, or in this case, a flower where the background is uniform, having a shallow depth of field does not matter. Plus, when you are closer, the math changes, the depth compresses, so using high apertures (I think) allows you to get as much of the thing in focus as possible.

I like how the fuzz on the flowers is lit up as well, enhanced again by the the black background. And for bonus, I have a bee or some insect munching on the open sunflower, and I just noticed, a small ant crawling up the stem.

SO I do not care if this photo does not get explored, it’s near the top of my own favorites